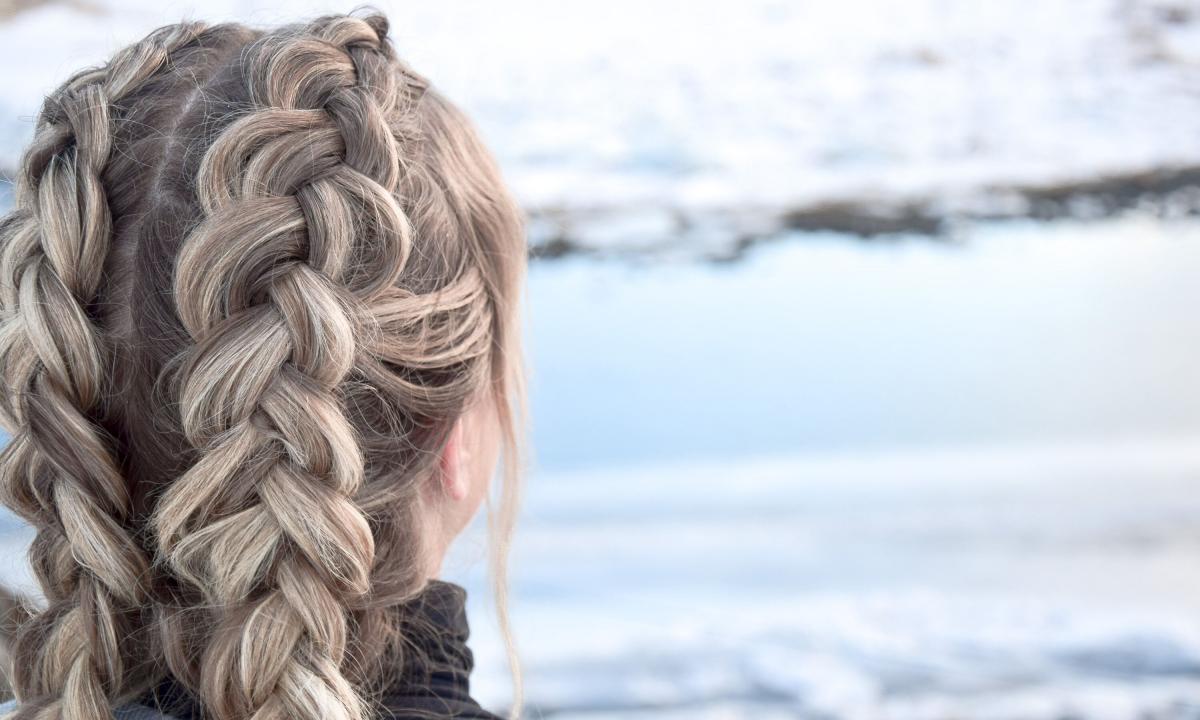 As it is correct to braid double braid

The braid inside out (French) is basis for double braid. To braid the French braid it is correct, it is necessary to be trained previously. Its feature is that locks are enclosed down all the time, but not up. It is very important not to get confused in hair. For this purpose locks need to be supported by fingers constantly.

So, in the beginning divide hair on the top into three locks. Mentally number locks from left to right: the left lock - No. 1, average lock - No. 2, the right lock - No. 3. In order that the braid looked accurately, braid the first locks, without adding hair from sides. Place lock No. 1 under average lock No. 2. Then put the right lock No. 3 under average. Further to side locks do pickups from left and on the right side serially. At the next stage from extreme lock separate small part and fix it by clip above. After that make pickup and interweave extreme lock into the spit. Do the same on the other hand. Separate from working lock small part on each subsequent step. Further interweave working lock under bottom.

In process of weaving of braid accurately extend it for edges. It is possible to make it later when the braid is completely braided. But it will be more difficult to extend locks. Besides it can turn out not too beautifully and accurately. When all free hair are braided, continue weaving according to the same scheme. Do not do pickups, but allocate and pin up small locks. As a result at you the braid with free locks on all length will turn out. From these locks braid usual cone. It will lie from above the French braid. Record the ends of both braids elastic band. The upper braid at will can be replaced with plait or fish tail.

In the beginning twist hair, since nape. When twisting the curling iron has to be directed down. Begin weaving slightly above the right ear. The braid has to pass arch along the head and come to an end over the right ear. So, behind the right ear divide hair into three parts. Move the left lock on central, and then put the right lock over central. Take lock of hair from above and add them to the central lock. Leave the right lock below. Instead of it allocate other lock from above and cross over central. According to this scheme you dopletit braid to the left ear. That the arch was formed, well pull upper locks. Create the second braid Falls 10 cm lower than the first. Use the same equipment. Now as upper locks use the hair which are falling down down. When you doplett braid to the left side, connect it to tip of the first braid. Braid small braid and record elastic band. You can leave the remained hair free, collect them in tail or raise to the top by means of invisible beings.