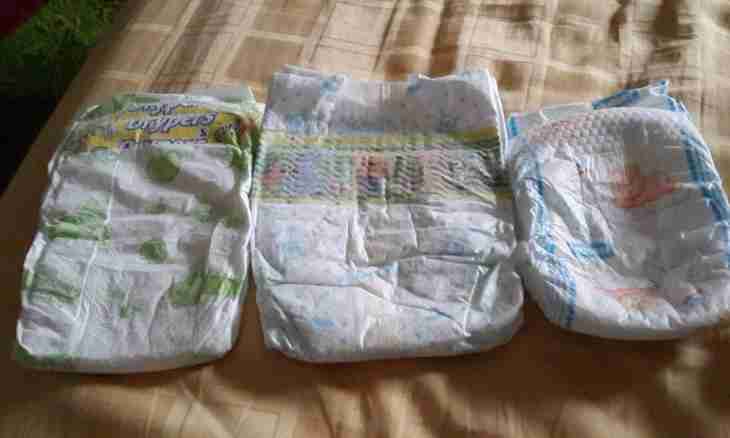 How to make reusable diapers

Reusable diapers do not irritate the skin of the kid unlike store disposable. Many mothers began to buy them for the small children, but for economy of money the reusable diapers can be made.

1. Put a gauze in several layers that the rectangle turned out. For fixing it is necessary to swaddle the child, to put on trousers or shorts. It is the easiest and cheapest way of production of a diaper. Still our grandmothers and mothers used it. Instead of a gauze it is possible to take a flannel diaper or any other fabric. Such insert can be applied to the child age up to three months when it does not turn over yet, displacing a self-made diaper aside.

2. Make a triangle of square dense fabric or a gauze. The child put a stomach on the wide party of a triangle and connect the ends on a back. For the best protection against course it is possible to enclose the absorbing lining from a gauze or a diaper put in a rectangle in such diaper. This reusable diaper will be suitable only for the child of the first months of life until he began to turn over and creep as his fastening is not so reliable.

3. Tie a square diaper on each side. Fold one or two thick diapers or some other fabric in a square. Put the child on a diaper, lift edges of front side of a diaper and on both sides tie them in small knots. Such self-made diaper is not suitable for use at night since small knots will prevent the child to sleep on one side.

4. Use for fastening of a diaper of a tie. For this purpose on a big piece of fabric it is necessary to cut out strips from two parties. The diaper will have an appearance of a rectangle which one edge - with ties. This edge has to be ahead. Put the child on fabric, having enclosed under him the absorbing layer, wrap up in the rear edges of fabric, then lift front side with ties and tie them on a back of the kid. Such reusable diaper – the best option from all previous. It perfectly keeps and does not cause discomfort in the child. Is suitable for active children who began to creep and go.