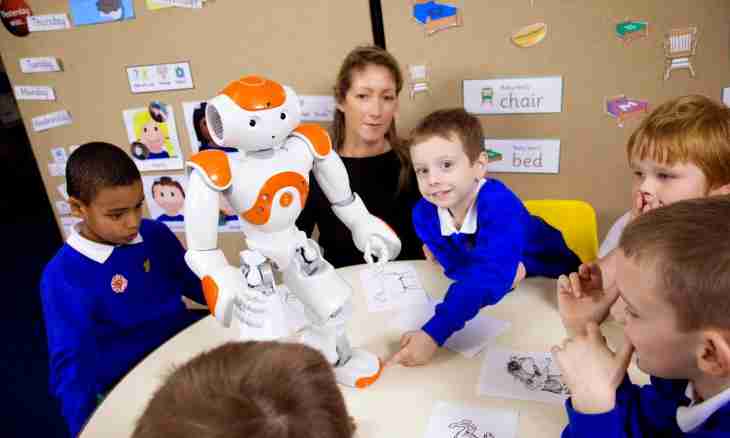 How to make the robot to children

In shops now huge variety of various toys. And our children, seeing it, all demand purchase of new and new trifles. And it is quite expensive article for the family budget. To save father's and mother's salary, it is possible to make toys. Especially as production, for example, of the robot will involve the minimum costs of time and means.

1. At first you need to make a trunk of the robot. For this purpose take a package from under juice and accurately cut out a bottom in the form of a door. Pierce in a package five openings - for the head, hands and legs of the robot. Insert bolts so that hats were in a package. Wind on them nuts. The basis is ready while the trunk can be postponed.

2. Take four cigarette packs - it will be hands of the robot. In two of them do a hole pricker in the bottom and covers. In others make on one opening. With two holes accurately insert into packs on a bolt and fasten to them the remained packs. At you hands which can be twisted and rotated in different directions turned out.

3. To make to you 6 packs from under cigarettes will be necessary for the robot of a leg. We bring together four of them in pairs, by the same principle, as hands. And we put two remained horizontally, we make in them an opening for bolts and we fix to legs in the manner a foot. These packs on color can differ from legs of the robot, then they will look as boots.

4. It was necessary to make the head. Take the last pack of cigarettes and do in it a pricker a hole. Cut out from color paper and paste eyes, a nose and a mouth. Dream up. Of a wire it is possible to make antennas, and of big bolts - ears. Let children will think up and will realize those details which according to them are present at the real robot.

5. Now it is possible to connect all parts together. For this purpose accurately stick all cigarette covers with a transparent adhesive tape that did not open. Fix by an adhesive tape the cut-out bottom in a trunk of the robot. Now by means of bolts and nuts attach to the basis of a hand, leg and the head. The robot is ready!