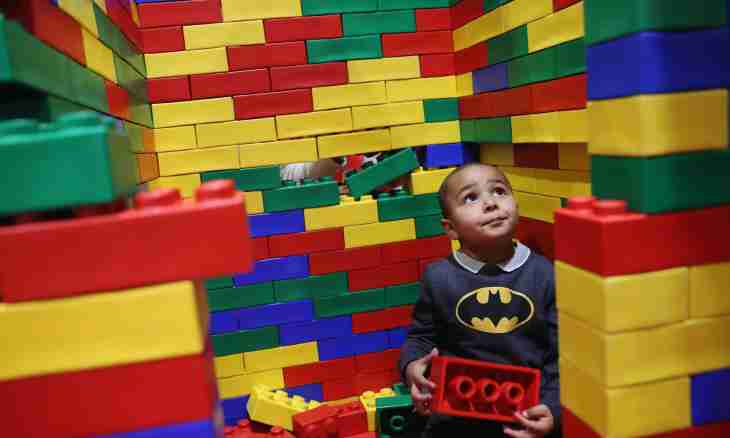 What Lego to buy the child

Lego – meccano popular around the world. There is a huge number of types of Lego that allows to choose ideal option as a gift to the child of any age.

1. When choosing a gift, first of all, it is worth being guided by age of the child. Never buy designers "for growth" as such gifts are most often showered in a far corner. It is difficult to too small child to gather absolutely fine details because of undeveloped fine motor skills, besides, he can accidentally swallow parts of the designer.

2. Always consider, than the child to whom you buy the designer is interested. There is a huge number of the thematic sets devoted to animated films, books, cinema. At the same time details of all Lego sets are easily compatible among themselves so you should not be afraid that in the future should be bought designers only of one ruler that they could be used together.

3. There are Lego sets for boys, girls and "neutral". If you have several children, it is the best of all to buy neutral designers — various lodges, locks and other. Such sets will unite your children behind a game.

4. If your child never played Lego, it is possible to buy it standard set of the CREATOR series. The cost of such set is not too high, at the same time there are enough details to master the principle of the designer. It is desirable to choose sets not only with construction detalka, but also with mini-figures with which the child can play. Try to choose a set with a big plate basis, with its help it is much more convenient to design big buildings. Such sets are suitable for children from three to six years, they allow to develop spatial thinking. To children is more senior it is possible to choose sets from the LEGO CITY series, by means of several sets it is possible to build the real city of the designer. If your child likes Lego, in the future it is possible just to buy in addition sets of the same series. Little "technicians" aged from nine years can present a set from the LEGO TECHNIC series. Different interesting details which allow to assemble quite difficult cars enter such sets, mastering the principles of mechanics.

5. If your child is already familiar with Lego, and it has several sets of this designer not to be mistaken when choosing a gift, it is the best of all to take an interest what set he wants. If you do not want to spoil a surprise, buy it a set from series which it has. You remember if the child does not like a set, you can always exchange it — do not open the main thing and you do not rumple a box.