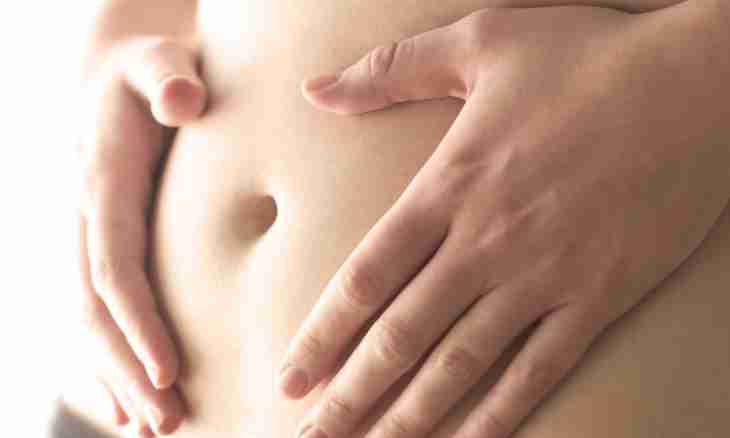 What to do if ""pulls"" a stomach bottom at pregnancy

Discomfort and pains in the bottom of a stomach during pregnancy – the frequent phenomena which are not always a reason for concern. However the pregnant woman can perceive any changes in the health as health hazard of future kid. For this reason it is important to know the discomfort reason that unnecessary disorders not to do much harm to itself and the child or in time to see a doctor and to avoid negative consequences.

When pain is not dangerous

Mild nagging pains – an everyday occurrence in the early stage of pregnancy. It can be connected with strain of muscle and ligaments supporting the growing uterus and also with increase and stretching of the uterus and pressure put by it upon nearby internals. In this case just it is better to wait, having for a while limited physical activity – soon pains will pass by itself.

One more frequent cause of pains – the problems with intestines peculiar to many future mothers. Because of hormonal changes work of intestines is broken, locks become more frequent, the abdominal distension is possible. This state is aggravated with the improper or irregular feeding. It is possible to get rid of locks and unpleasant feelings caused by them, having reconsidered own diet and having included in it more vegetables, fruit, porridges from whole grains, fermented milk products. Also the physical activity – foot walks, swimming, yoga for pregnant women will do good.

In the late stages of pregnancy the nagging pain and feelings of "hardening" of a bottom of a stomach can be sign of a hyper tone of a uterus. Special treatment in this case is required seldom, however excessive physical activity does not need to be shown – the hyper tone quickly passes in rest. It is important to avoid stresses and nervous tension. With approach of childbirth training fights – the mild nagging pains meaning the beginning of preparation of a uterus for childbirth can begin.

Time to the doctor

Pains can be not connected with pregnancy at all. As incubation of the child to some extent is a stress for an organism, during this period exacerbations of chronic diseases, including gynecologic are frequent. Often pregnant women suffer from diseases of digestive tract, pyelonephritis and other diseases of kidneys. In case of aggravation or the first manifestation of the disease which is not connected with pregnancy it is necessary to address the doctor for purpose of treatment. The emergency help is necessary at increase of pains, appearance of nausea, vomiting, temperature increase. The pains in the bottom of a stomach which are followed by bloody allocations – a reason for a call of the emergency help irrespective of pregnancy term. Severe unceasing pain which intensity gradually increases can be sign of spontaneous termination of pregnancy, sharp pain warns about a possible otsloyka of a placenta. In this case it is necessary to ask as soon as possible for the help to keep life to the child and mother. The severe nagging pain which is followed by dizziness, weakness, bleeding, arising on early term can be a symptom of a rupture of a uterine tube characteristic of extra-uterine pregnancy – as a rule, unpleasant feelings at the same time are localized on the one hand.