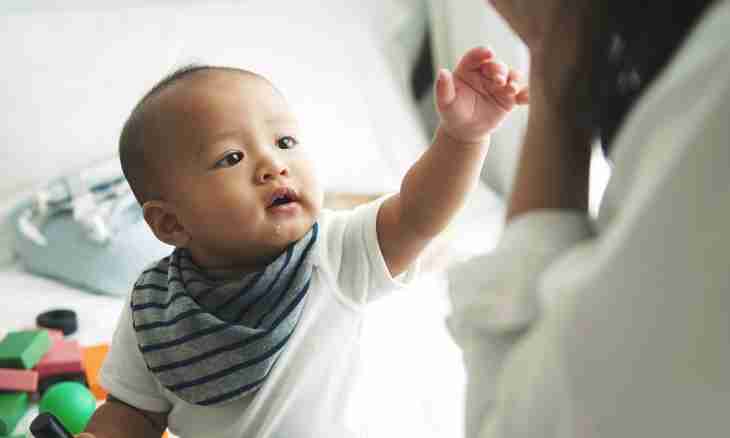 Why the newborn hiccups

Hiccups – the phenomenon reflex, caused by convulsive reductions of a diaphragm. At newborn children it is observed rather often. The short hiccups (within 10 - 15 minutes) pathology is not and does not give a special inconvenience to the child. However the reasons of its emergence should be analyzed and eliminated.

1. It is considered that the child hiccups if to him it is cold. Really, the newborn's organism often quite so reacts to overcooling. If the hiccups began on the street, then try to come back home quicker and at once feed the kid even if feeding time did not come yet. If – take on hands houses, warm with the heat, give to drink warm water. The child will be warmed, the hiccups will stop.

2. It is considered that the children who are on chest feeding cannot be overfed. It not absolutely so. The healthy child is not recommended to be fed more often than in 1.5 - 2 hours. Otherwise there can be a digestion violation, and the stretched stomach wall pressure upon a diaphragm will provoke a hiccups. Do not overfeed the child.

3. If the child sucks too actively, then vials of air get into his stomach together with milk. In this case emergence of a hiccups is also possible. Right after feeding take the kid some time vertically ("column") that the stomach came out the air swallowed by it together with milk. For the child who is on artificial feeding get a special antikolikovy small bottle which prevents hit in a stomach of vials of air. Anyway the hole in a nipple has to be small that the child sucked slowly.

4. The hiccups at the newborn child can arise owing to the fright caused by sudden noise, sharp cotton, inclusion or switching off of light the fact that it was taken on hands by the stranger, an emotional overload. Protect the baby from visitors, refuse loud music, try to minimize everything that can frighten the kid.

5. If a hiccups of the newborn child the phenomenon which is often repeating it is necessary to consult with the doctor. The long, ongoing hiccups can be manifestation of a serious illness.