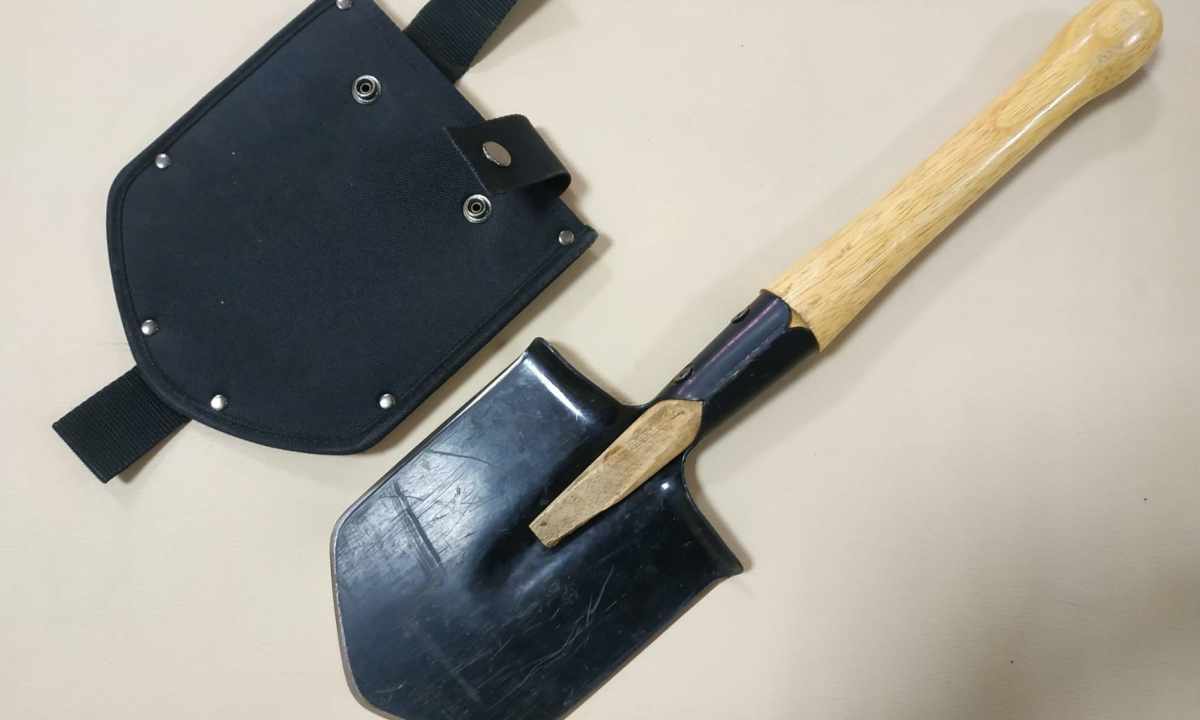 Hand drill as alternative to shovel

It is no secret that earthwork operations rather labor-intensive and monotonous process therefore there is set of the various devices helping to mechanize it and to facilitate. The hand drill which with ease can replace normal shovel on garden and construction jobs also concerns those.

The garden earth drill represents the simple constructive decision – metal pipe on the one side of which there is blade screw in the form of the Archimedean screw, with another – the handle, cross Tee or crosswise. Operation principle of this simple adaptation just the same, as well as at rotation which fans of winter fishing drill holes in thick ice layer.

The hand drill facilitating garden and construction jobs can even be made most or to buy it in shop. There is possibility of the choice not only manual mechanical, but also motorized, working on the electric or petrol drive. In this case it is better to buy drill with additional nozzles and the extending sections for work at big depths.

If you work at construction of the base, it is possible to trace the provision of vertical axis of hand drill by means of plumb.

How to use hand drill

Those who at least once faced construction of continuous footing digging of holes under fencing columns will be able precisely to estimate advantages of the hand drill considerably facilitating this process. Of course, the efforts all the same should be used, but if you have assistant, process will go much quicker. The edge of drill needs to be set against the planned point and to establish it vertically. If the well has to be drilled in strictly certain place as it happens in case of construction of mesh fence and installation of columns for it, it is better on the planned place to dig through a little hole shovel but only then to establish in it drill edge.

The most difficult is to hold to constants vertical position of the tool during drilling, and here the second pair of hands will be useful. Also the special tripod with polyspast on karabinny system will facilitate this task, by means of it you will be able to take the tool, using back run. For extraction of the drill which has got stuck in especially strong breed it is possible to use one more cunning. Remove its upper part, and on the axis which is sticking out of the earth, strengthen extension wrench, having strongly recorded it. Put on piece of metal pipe the handle of key and, using it as the lever, turn drill counterclockwise, you will not take it from the earth completely yet.

Use drill instead of shovel, working in garden

The river drill – is irreplaceable for simple earthwork operations in garden, using it, you can make landing holes or dig the system of drainage wells. For example, easily and just you can plant plants which do not need the way which is specially paved and filled with fertilizers. Normally are those which are used as green hedge: Derain, barberry, honeysuckle, spireya. If to consider that the distance between the next plants has to be about 50 cm, and fence length – more than one hundred meters, without hand drill such work will stretch for a long time.

During the winter period of opening of drainage pipes do not forget akryt rags or pieces of matter that cold air did not arrive to roots and has not frozen them.

For watering and fertilizing of root system of trees gardeners use drainage pipes, inserting them into the vertical wells dug by means of the same magic tool. Such system of watering allows to fill in water in the dosed portions through drainage pipes deeply to roots that significantly reduces amount of water, for nothing evaporating from earth surface at normal way of watering. If water has to be saved, the drainage system effectively resolves this issue. The superficial holes made by means of manual screw auger can be used for application of fertilizers and fertilizing directly to the root system of plants. Mix humus, peat, the earth and fertilizers and fill this mix to the wells drilled around tree on depth of 30-40 cm. Even, if the drill damages root, it is not terrible – on this place several new will begin to grow. You can use drill and for improvement of characteristics of the soil condensed during construction jobs. That roots of the plants planted on such soils did not lack oxygen, drill openings about 50 cm in depth on grid of 70х70 cm and fill up in them the bank or beach washed-out sand for the best aeration. Through sand column oxygen will begin to get into base layers of the soil and stirs up activity of useful microorganisms that will improve over time structure of the soil and will make it more fertile.

How to make earth drill with own hands

You see that the advantage of this tool is high, and the design is rather simple. Therefore many gardeners prefer to make drill the hands with those parameters which are convenient for them. For this purpose the welding machine with blowpipe, long pieces of pipes with an inside diameter slightly more than 3-5 cm will be required, it is better new, drill with a diameter from 3 to 5 cm or piece of iron fittings with the same section which one end is ground as the tetrahedron slightly wrapped up on spiral. Still pick up several 10 centimetric pieces of pipes with an inside diameter at 1 mm more, than the outer diameter of long pieces of pipe. Besides, you will need circular saw of which it will be necessary to make the drill blade, having cut it by means of the Bulgarian in half. 10 centimetric cartridge insert long tube section on 2.5-3 cm into everyone and weld them among themselves. Make several such segments which can be increased depending on the necessary depth of the well. Make in them openings for bolted connection among themselves. Weld on drill or the facetted and twirled fittings upon terminal section, length of tip is there been enough by 7-8 cm. Put half of circular saw so that the section has been located across, heat blowpipe and bend the left part of each half at an angle 20o up. Invert them the bent part down and weld on joint of drill and pipe in the form of the screw equally spaced. As the handle it is possible to weld cross piece of armature. Your drill is ready. 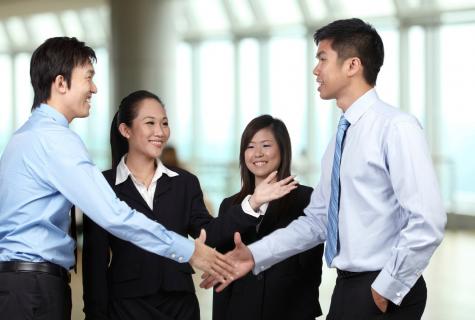 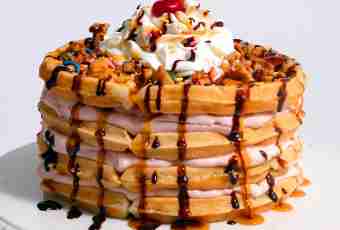 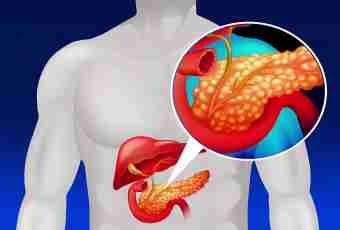 How to make fat-burning smoothie 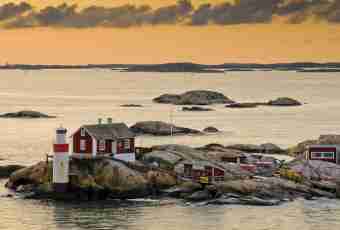 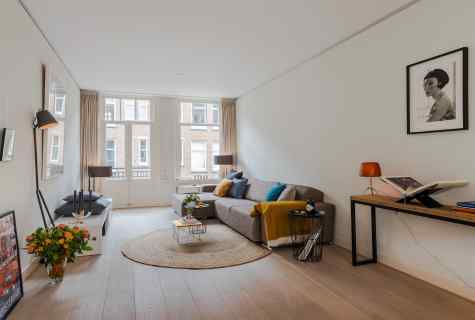 How to issue the one-room apartment 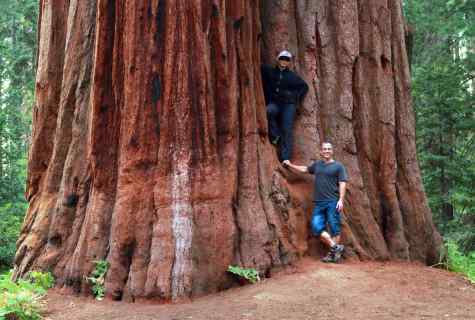 How to replace tree if it is big 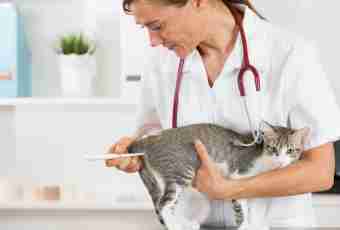 How to measure temperature to a cat

How to fertilize strawberry