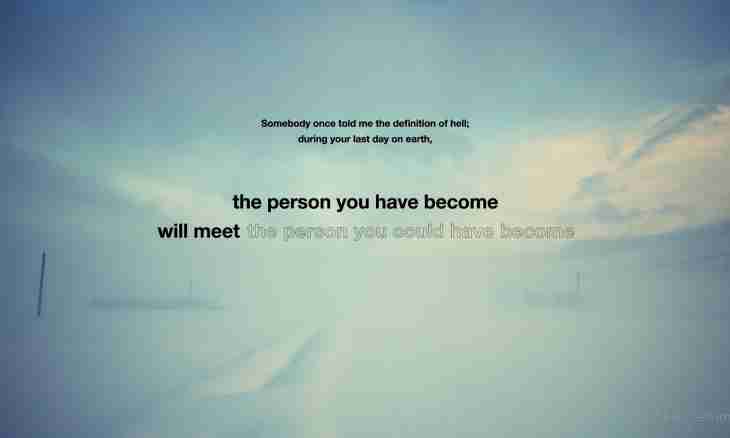 Why the person cannot fly

The question "Why People Do Not Fly how Birds?" interested not only Ostrovsky's heroine. In strict scientific sense were set by it and such scientists as Leonardo da Vinci, and fearless researchers as Otto Liliyental. But the modern science can answer, at last, it with a sufficient accuracy.

1. Flight is the main way of movement for the majority of birds. The fitness to flight first of all distinguishes them from all other vertebrata. Even those birds who during evolution returned on the earth kept a set of the lines characteristic of conquerors of air in the anatomy.

2. Usually distinguish active, or waving, weeds also passive, or soaring. In these main versions there is a great number of others, for example, the waving flight can be clapping, as at group chicken, vibrating, as at a humming-bird, wavy, as at swallows, etc. Soaring, in turn, is static or dynamic.

3. Active flight demands from an organism of huge expenses of forces and energy, and these expenses very strongly increase with increase in the size of a bird. However the largest the flying bird known to science — died out argentavis — reached as believe some, weight in 60-80 kilograms, that is did not concede to the average person. In other words, only one size of a body could not serve as an obstacle to that the person was capable to the waving flight.

4. The organism of a bird is arranged so that to be most adapted for air movement. In particular, bones of the flying birds are most facilitated, in particular it touches a cranium which otherwise would create the undesirable shift of the center of gravity forward. For the same reason the majority of birds possesses very small brain in which main place is taken by the cerebellum which is responsible for coordination of movements and orientation in space and the visual centers processing visual information.

5. The homo sapiens, on the contrary, is born with the big, perfectly developed brain for which protection strong and heavy bones of a skull are required. According to some scientists, the important role in formation of the person was played by his mobile front extremities capable to carry out a set of difficult movements. It demanded development absolutely of other areas of a brain, than those which are required for movement in three-dimensional space.

6. To a quarter of body weight of the flying bird it is the share of the pectoral muscles lowering a wing that is responsible for a working phase of the waving movement. These muscles are attached to the big and strong keel bone peculiar only to birds. Muscles of the person who even is very well trained, who is not able to support for a long time the work rhythm necessary for the waving flight of bird's type. Professional athletes were pilots of the first experimental ornithopters (makholet), but even for them short minutes in air turned around in losses of several kilograms of weight and metabolic disorders because of superefforts.

7. However the soaring peculiar mainly to the largest representatives of birds, is quite available also to the person — certainly, in the presence of relevant accessories. The hang-glider, a paraplane and some other aircraft do not demand from the pilot of improbable muscular efforts and allow to feel joy of free flight.